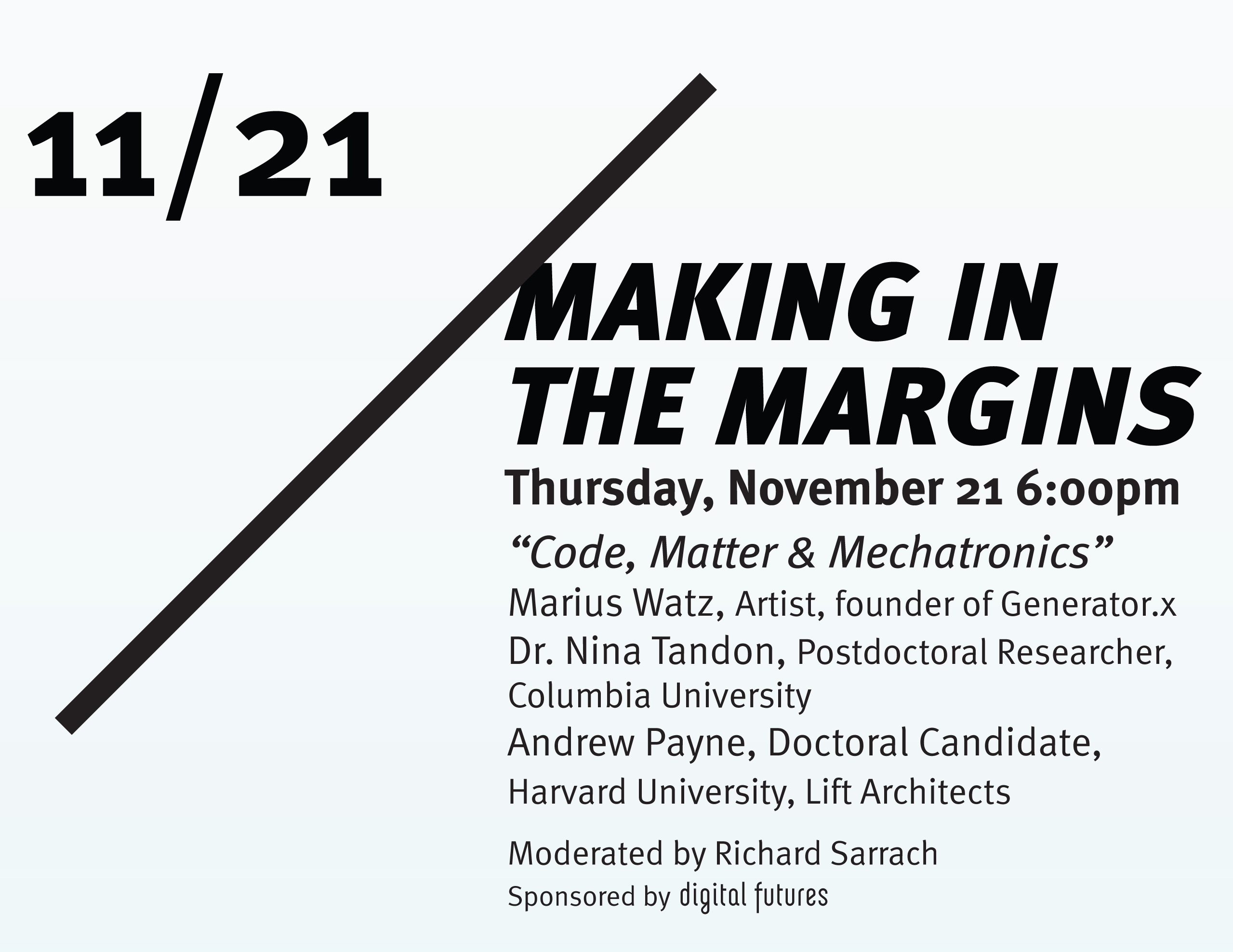 Marius Watz : (NO) is an artist working with visual abstraction through generative software processes. His work focuses on the synthesis of form as the product of parametric behaviors. He is known for hard-edged geometrical forms and vivid colors, with outputs ranging from pure software works to public projections and physical objects produced with digital fabrication technology.

Watz has exhibited at venues like the Victoria & Albert Museum (London), Todaysart (The Hague), ITAU Cultural (Sao Paulo), Museumsquartier (Vienna), and Galleri ROM (Oslo). In a curating capacity, he founded Generator.x in 2005 as a platform for a series of events related to generative art and computational design. In 2010 he co-curated the exhibition â€œabstrakt Abstrakt: The Systemized World with Eno Henze at the Frankfurter Kunstverein.

In the Fall of 2013 Watz will be an adjunct professor and resident researcher at NYU ITP. He is also a visiting lecturer in Interaction Design at the Oslo School of Architecture and Design, regularly lecturing and teaching workshops at schools and art institutions around the world. 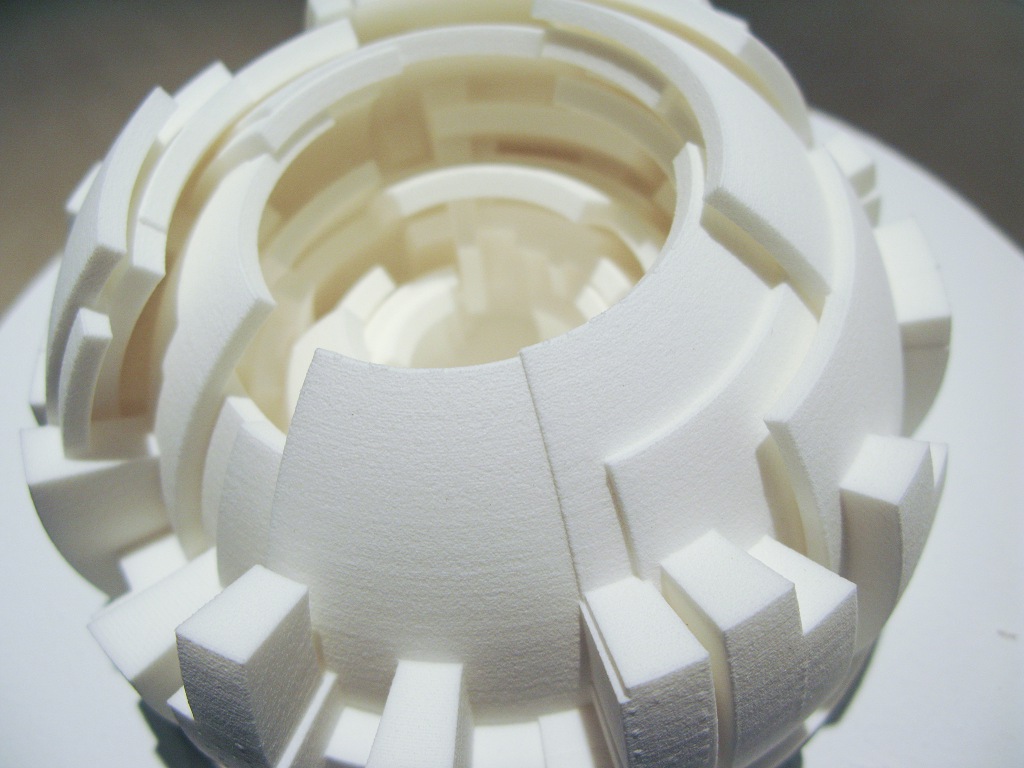 Dr. Nina Tandon : Tissue engineer, MBA and Senior TED Fellow Nina Tandon is growing artificial hearts and bones. To do that, she needs new ways of caring for artificially grown cells—techniques she’s developed by the simple but powerful method of copying their natural environments.

Nina studies electrical signaling in the context of tissue engineering, with the goal of creating “spare parts” for human implantation and/ or disease models. She is an electrical and biomedical engineer at Columbia University’s Laboratory for Stem Cells and Tissue Engineering, and adjunct professor of Electrical Engineering at the Cooper Union, teaching a “Bioelectricity” class. She’s published in Nature and Lab on a Chip, and Fast Company named her one of their 100 most creative people in business. 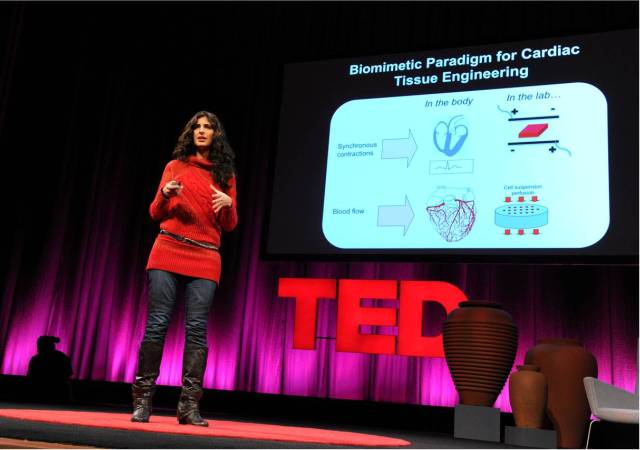 Andrew Payne : is a registered architect who is currently pursuing his Doctoral degree at Harvard’s Graduate School of Design. He founded the multi-disciplinary design collaborative, LIFT architects, in 2007. He received his Masters of Architecture from Columbia University’s Graduate School of Architecture, Planning, and Preservation in May of 2005. Prior to that, he studied architecture at Clemson University where he earned a Bachelors of Science degree in 2002.

Andrew’s work explores embedded computation and parametric design and he has lectured and taught workshops throughout the United States, Canada, and Europe. He is currently an Adjunct Assistant Professor of Architecture at Columbia University. He was also recently elected to the ACADIA board of directors for the upcoming term (2013-2015).

In 2010, Andrew and Jason Kelly Johnson published Firefly – a comprehensive software plug-in dedicated to bridging the gap between Grasshopper, the Arduino microcontroller, the internet and beyond. It allows near real-time data flow between the digital and physical worlds, and will read/write data to/from internet feeds, remote sensors and more. As of 2011, Andrew has been the lead researcher and developer of Firefly’s new X control tools.

His doctoral research at the GSD, under the direction of Dr. Martin Bechthold and Panagiotis Michalatos, explores how recent advancements in technology can help architects create intelligent spaces and systems that have a capacity to meet changing individual, social, and environmental demands. 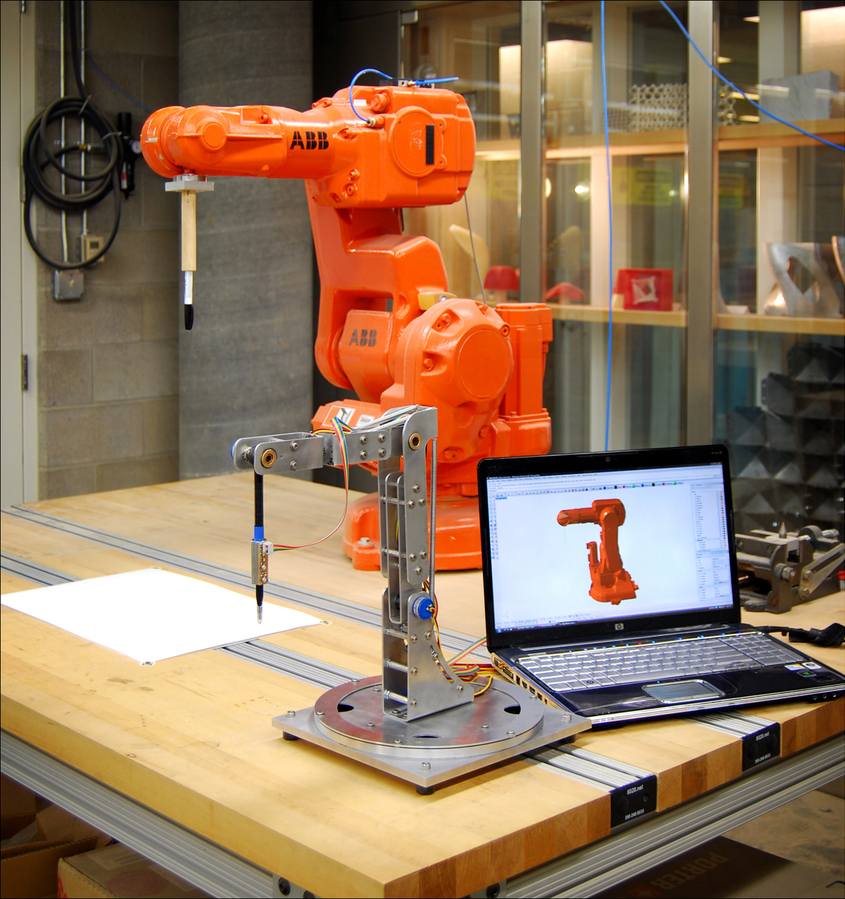