Polemics of a Cybernetic Future by Joseph Clarke

Never before has the hand of technology applied itself with such assiduity to the vital fabric of organic life. The mapping of the human genome, life-support machines that extend metabolic processes beyond brain death, industrial agriculture’s use of hormones and crop modification, humanity’s realization of our capacity to influence the planet’s climate, and countless other recent scientific developments have challenged our conceptions of nature and of ourselves in relation to it. Accompanying these advances has been a corresponding burgeoning of cultural artifacts exploring the technologization of organic life, from late-twentieth century pop phenomena like virtual reality, cyborgs, and vocoder-enhanced music to work by Roy Ascott, Tim Hawkinson, and other artists.

The robotic installations of Philip Beesley are an architectural investigation of the same themes. Beesley is an architect and co-director of the University of Waterloo’s Integrated Centre for Visualization, Design, and Manufacturing. His Orgone Reef (2003), Hylozoic Soil (2007), and Epithelium (2008) consist of numerous small mechanical components assembled into amorphous masses with emergent responsive properties. While his early installations were static textiles made of inert components, these more recent projects have incorporated sensors, microprocessors, motors, and shape-memory metal capable of generating movement in response to the presence and actions of spectators. Epithelium, whose name refers to an organic boundary tissue made of cells connected to form surfaces, was built by nine fourth- and fifth-year Pratt architecture students in a studio co-taught by Beesley and Richard Sarrach in Fall 2008. It was a lattice of tongues, whiskers, and tendons made of wire, acrylic, vinyl, and mylar – over 50,000 components in all – suspended from a cable structure. As visitors moved around and through the installation, tiny motors meant for cell phone vibrators brought it to “life” with an animal-like awareness.

Attempts to give architecture the qualities of organic life are by no means new. Animals have been adopted as metaphors for architectural form since at least the Renaissance, when Leon Battista Alberti compared part-to-whole relationships in buildings with the proportions of living creatures. Countless 20th century architects were influenced by D’arcy Thomson’s On Growth and Form and its conception of morphogenesis through mathematically describable transformations. In the late 90s, Greg Lynn’s call for “animate form” proposed new digital methods by which architecture could use the metaphor of the animal to configure the built environment, structuring the relationship between human subject and inorganic milieu.

Instead of mimicking the formal structures of living things through the mediation of visual representation, however, Beesley is more concerned with modeling organic systems of behavior—processes of “communication and control,” to borrow a phrase from the cyberneticists of the 1940s and 50s. This approach is indebted to designers like R. Buckminster Fuller, whose geodesic domes, Dymaxion prototypes, and other inventions were conceived not as self-contained formal compositions but as components integrated organically in a broader “ecosystem” of technology. One consequence of this approach is the relative unimportance of graphic images in Beesley’s design process. While architects have long tested ideas through visionary renderings and drawings, his experimentation is carried out through the production of actual fabricated prototypes; indeed, when I visited the studio at Pratt on a typical work day, the walls were comparatively bare of architectural representations, and the students were busy designing through physical construction. This work is not meant merely to be looked at, but rather to act directly on the human occupant, evoking instinctive emotional responses.

But an emotional stimulus is itself a kind of representation, and, like any representation, can be shown to express a particular ideological orientation. Beesley says that his work is motivated by a desire “to find strategies for thriving in complex interconnected ecosystems,” and speaks of a post-Enlightenment attitude of the human being in relation to the environment. His installations aim to shed light on the mingling of nature and technology by modeling new forms of subjectivity associated with it. The realization that an organism’s life is bound up with its milieu is a product of late 18th century zoology and the nascent science of biology; well into the 20th century, however, architecture continued to accord the human organism the privileged stance of the Cartesian subject, a rational occupant of a submissive exterior world. The Bauhaus radicalized the human subject’s isolation from the environment by reducing objects to technical elements of a potentially infinite, analytic system.

Beesley’s work, by contrast, attempts to challenge the occupant’s sense of self-possession by evoking the uncanny. His earlier installation Hylozoic Soil—named for hylozoism, the belief that matter is alive—inspired a sense of uneasiness as its pores breathed and rippled in response to motion. Epithelium was similarly unnerving: as the spectator walked between skeletal columns and vaults, tiny whiskers began to wave and the whole installation started to rustle and hiss. The computer that controlled the installation was distributed, simultaneously processing the input of many sensors in multiple locations (the system is called Arduino, and was implemented with the help of the MIT Media Lab). The result was a biomimetic environment whose lifelike behaviors implicitly threatened to “depersonalize” the occupant by blurring the lines between human life, animal life, technology, and environment.

The paradox is that an actual splicing of biological and technological life would change the conceptual structure of the image to such an extent that all our impressions of cybernetic existence—Beesley’s robotic fantasia included—would be completely invalidated. As the philospher Elizabeth Grosz writes in her essay “Future, Cities, Architecture,” the predominant effect of recent technological advances has not been “to transform bodies in any significant way—at least not yet—but to fundamentally transform the way that bodies are conceived, their sphere of imaginary and lived representation.” This observation undoubtedly holds true for organicist architecture. Even Buckminster Fuller’s geodesic dome, though ostensibly motivated by structural and ecological concerns, is remembered because of its symbolic potency, its polemical insistence on the altruistic potential of science in a postatomic world embroiled in social struggles. It was no less a representation than the sci-fi environments inhabited by robotic denizens like Blade Runner’s replicants and Star Trek’s Borg, which presented dystopian pictures of the intersection of architecture and life.

Epithelium poses a more nuanced challenge to architecture’s traditional conception of the human subject than either of these examples. Here, technology’s infiltration of the organic—so familiar today in the form of genetic research, biotechnology, and climate science—is presented neither as a transcendent savior nor as a maker of monsters. Anti-humanist overtones are combined with an essentially affirmative (even romanticized) view of scientific development, and biological functions are characterized in cybernetic terms. At times, the installation’s robotic limbs seem strangely anthropomorphic, as though the technologized environment were reaching out to join hands with its human occupant and welcome an oncoming future of prosthetic interdependence. Not everyone will agree with this outlook, but perhaps that’s the point: If Beesley’s work is able to help us “find strategies for thriving in complex interconnected ecosystems,” it is by confronting us with the tangled web of representations that is the contemporary discourse about nature, science, and design. By questioning the occupant’s sense of self-possession, it underscores the limits of the human body in a world where technology threatens it with obsolescence; by defamiliarizing the built environment, it reminds us that all architecture has a life of its own.

Grosz, Elizabeth. “Futures, Cities, Architecture” in Architecture from the Outside (Cambridge: MIT Press, 2001) 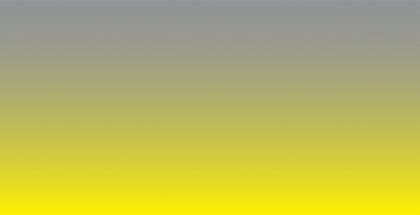