The most pervasive principle in modern physics is described in the Second Law of Thermodynamics; the principle that all systems (including the universe as a whole) tend to run down. That is, they move towards disorder, randomness, uniformity, and a “loss” of energy which becomes trapped in useless low entropy forms. The principle of entropy will ultimately bring our universe to a condition of randomly dispersed gases in which no orderly or meaningful activity will be possible as all of its energy will be helplessly dispersed among the dancing particles.

The Second Law is unquestionably established (at least in a system where time reversal is not possible as seems to be the case in our expanding universe) yet we are living in the midst of a major contradiction to that law. Evolution on the earth in moving from the random molecules in the primordial “soup,” to organic compounds and particles, to single celled organisms, and finally to the complex plant and animal life we know today, is actually an expression of anti-entropic activity. From the random to the orderly. While this seeming violation of the Second Law could always be explained by realizing that a system as a whole must obey the law, while any part of it could be in violation, contemporary information theory gives a much more satisfactory explanation of this seeming contradiction.

It can now be shown that the energy reaching the Earth from the Sun is actually acting as information. Information and energy are interchangeable in much the same way that energy and matter are interchangeable, and formulas similar to those for matter and energy (E=mc2) can be used to express this interchangeability. Energy is expressing itself as information when it acts in an anti-entropic manner, thereby reducing the randomness in a system or increasing its information. This understanding of information as an anti-entropic activity makes it possible to objectively measure many qualities important to our lives which were formerly measurable only by the crude means of the dollar economy, sentimental attachment, or aesthetic tastes.

The unit of measure now being used by some sophisticated whole system thinkers is sometimes called the “eco-dollar.” The eco-dollar can be used to measure the true cost of electricity purchased from Con Ed by including the health and cleaning costs of pollution in the calculated sum. The eco-dollar can be used to measure the loss of a species of wild bird in terms of the resultant simplification of the overall system when we lose that bird’s concentration of information in its gene pool. And the eco-dollar can be used to measure the social worth of a novel in terms of the new information or new ordering of information it brings into the social system. Information theory used in this way gives us a more useful means of evaluating Con Ed, endangered wild life, and literature than the previous means (dollars, sentiment and aesthetics). It also makes it possible to compare the relative value of one to another, once they are all expressed in terms of the new units, “eco-dollars.”

It might at first seem absurd to claim that animal life, literature, and perhaps even human life can be measured in numerical terms. It is not actually as destructive of subjective values as it might seem, since the value expressed can only be for a given situation and will vary for different observers. Thus, the new ordering of information in a novel is new only for a reader who is not familiar with that ordering. For another reader it might all be “old hat.” The new information in a message (now expressed in bits) varies for different receivers. One reader of our novel may find it worth many eco-dollars; another, few.

What is the relevance to approaching a new energy economy in terms of information theory? The value comes in realizing that information is nothing more nor less than anti-entropic activity, and that so is everything else of use that we do. All useful transportation is the movement of people or goods from positions of less energy potential (home or warehouses, for example) to positions of more energy potential (office–where work can be done; store–where customers can effect purchases, for example). In realizing that all of our intentions are anti-entropic, it becomes apparent that these intentions can be fulfilled either by physical movement or by movement of information. Obviously the movement of information requires far less energy than the movement of people or physical goods. The telephone company uses far less electricity than the subway system, yet the anti-entropic value in “bits” or “eco-dollars” resulting from phone calls, telephone, xerox, and computer terminals is greater than the anti-entropic value of commuters moved by the subways. 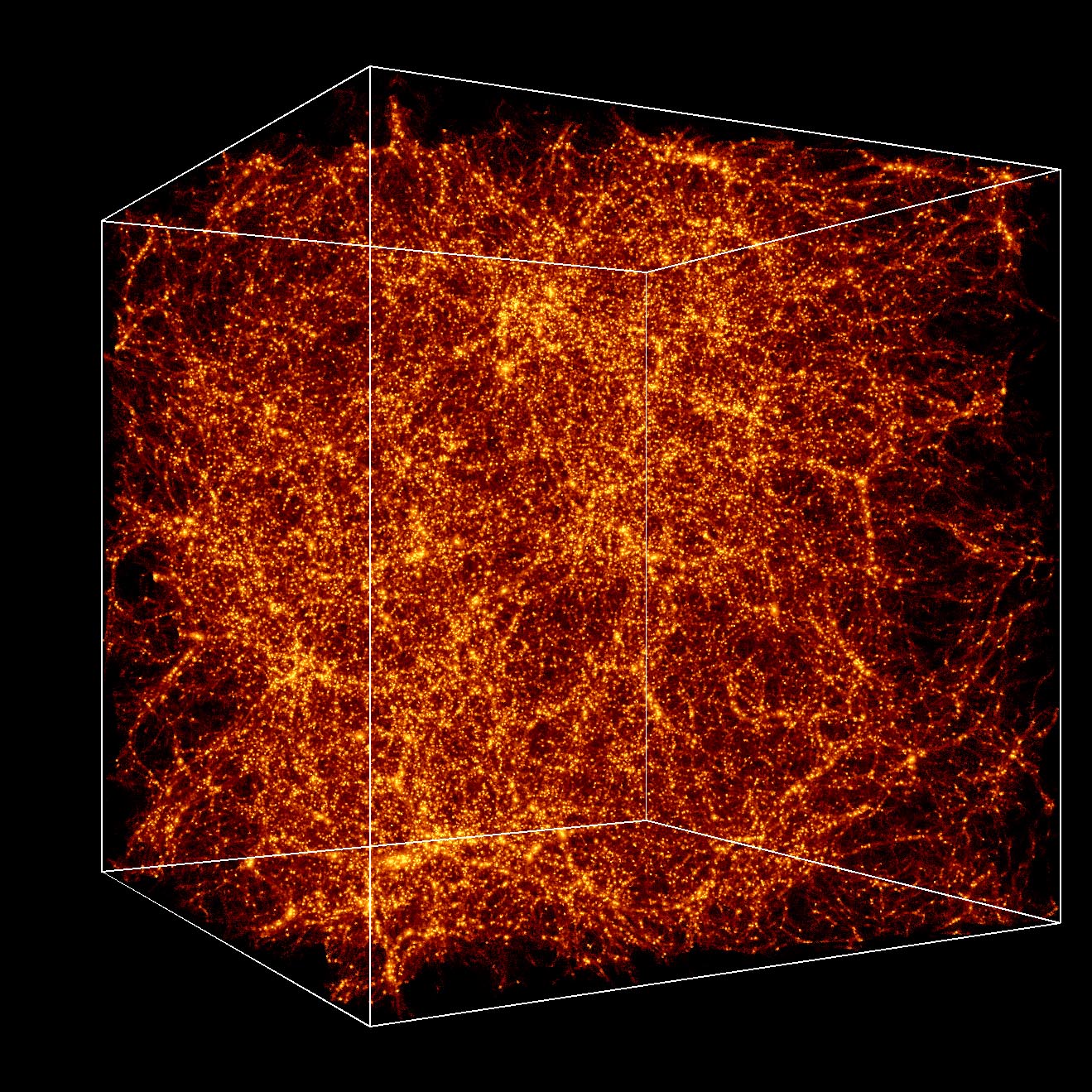 In 1900, ninety percent of our GDP was manufactured goods and ninety percent of workers were blue collar. Ten percent of the GDP was services and information and ten percent of workers were white collar. Today it is fifty-fifty on both counts. In another hundred years, it will be ten-ninety the other way. Anti-entropic activity must be sustained, and must be increased if the population is to increase. However, this fight against entropy can be expressed in energy and material goods, or it can be expressed in information. Our culture is evolving towards the choice of information in its struggle against entropy, and thereby stands a strong chance of approaching (although not actually achieving) a zero energy situation. The amount of energy needed to process, encode, and move information is rapidly decreasing as we approach a state of one hundred percent efficiency.

The process of becoming an information based culture is not without its problems, which are threefold. First is the energy needed which remains substantial until more efficient techniques are developed, second is social adjustment to the massive amount of information floating around and third is the developing of channel capacity for the information to be moved. The cultural and psychic changes that will come about as these problems are rapidly solved over the next two decades will transform us into creatures we would hardly recognize. 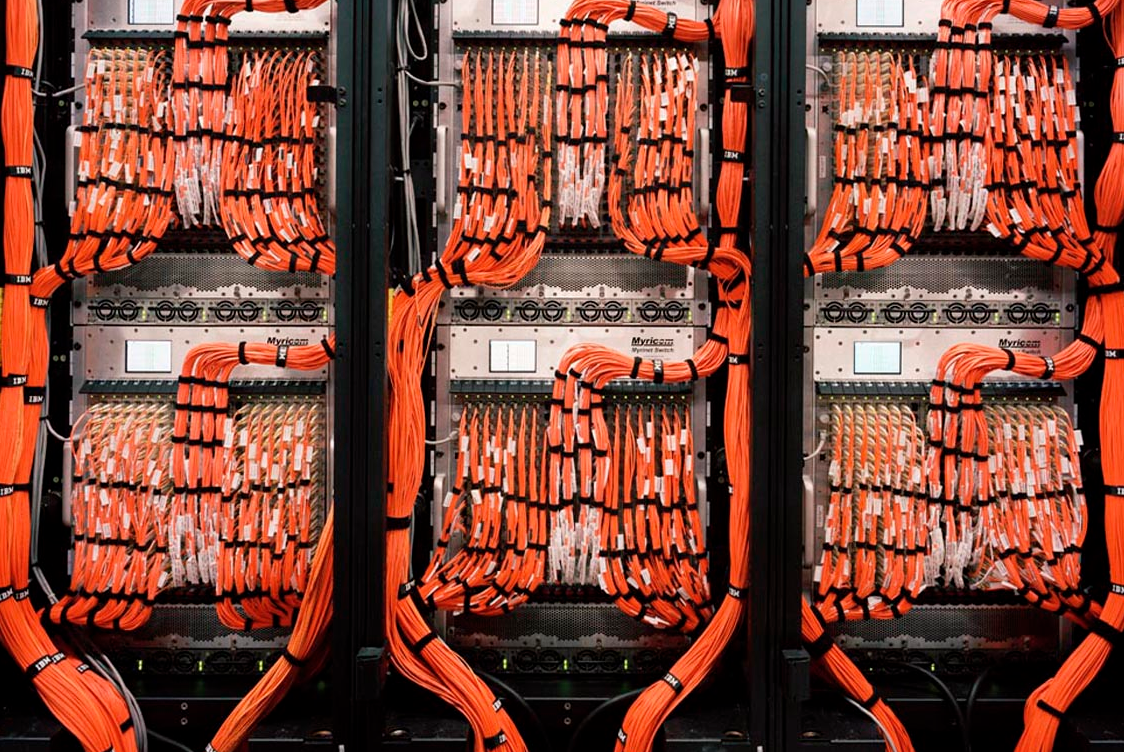 These recent additions to the electronic complex surrounding us will bring radical changes in the human form in just a few years, changes which will ultimately result in our leaving our bodies as excessive energy consuming relics and moving like hermit crabs onto magnetic tapes–biologic films–which can be stored in energy free states and which can run on a couple of AA batteries.

“I was traveling with The Intolerable Kid in The Nova Lark–We were on the nod after a rumble in The Crab Galaxy involving this two-way time shock; when you come to the end of a biologic film just run it back and start over–nobody knows the difference–Like nobody there before the film.” -William Burroughs, Nova Express. From Newton’s Space through Einstein’s Spacetime, we now live in a non-space, each point of which constitutes an entire four dimensional geometry. As more of our personalities can be stored and transmitted, and as technology makes time, distance and energy meaningless to human existence, we approach a cosmic nature in which all of reality is integrated into the personality.

The world becomes less matter and more information; translatable, storable, and transportable at the speed of light. The human personality as contained in its biological housing can be indefinitely preserved in liquid nitrogen. Translated into genetic code it can be stored and shipped on DNA. Translated into digital code it could be projected across the universe.

The new world created by a new perception becomes a timeless spaceless flux of simultaneity. Nations dissolve into projections of cosmic consciousness. Buildings and cities become the magnetic tapes and the fluidic valves that house and transmit projected consciousness. Photo-etched onto ceramic micro-circuits; structured on self-reproducing DNA, personality survives the ravages of entropy. Cities empty and circuits are occupied. The computer chip replaces Palladio.

John Lobell received his architecture degrees at the University of Pennsylvania, and is currently a professor at Pratt Institute. His interests range widely, and include, besides architecture, cultural theory, consciousness, art, Buddhism, mythology, information theory, post-humanism, quantum reality and quantum architecture.
To find out more of what he is up to please visit: John Lobell,  Future Feeder, Cinema Culture Discourse 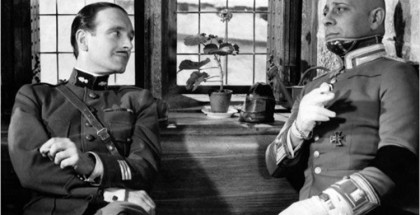 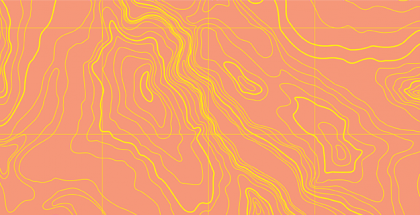 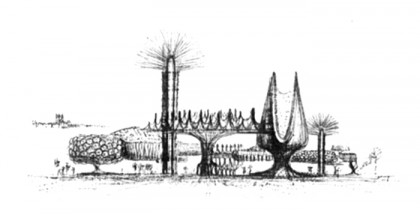 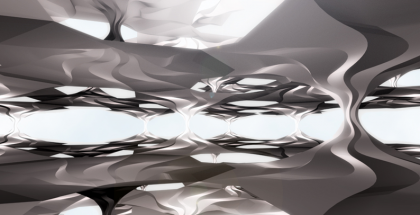